Sponsored by the Terasaki Innovation Center 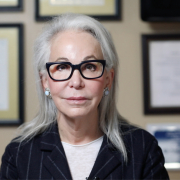 Dr. Nancy Ascher has devoted her career to organ transplantation and transplant research. She is the first woman to have performed a liver transplant and has inspired many women in the medical field, especially in transplantation. She completed her undergraduate and medical education at the University of Michigan, Ann Arbor; and completed her general surgery residency and clinical transplantation fellowship at the University of Minnesota, where she later joined the faculty and became Clinical Director of the Liver Transplant Program. Dr. Ascher was recruited by the UCSF Department of Surgery and served as the Department Chair for 17 years. 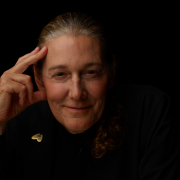 Martine Rothblatt is the Chairperson & CEO of United Therapeutics Corporation
(UT). She started UT to save her youngest child's life from a rare illness after
having previously created SiriusXM satellite radio and other satellite
communications systems. She is also responsible for several innovations in
aviation and architecture, including the design and piloting of an electric
helicopter to Guinness world records and creating the world's largest zero carbon
footprint building. Her company is now saving hundreds of lives a year with
medicines for pulmonary hypertension and neuroblastoma, and by restoring
otherwise discarded donor lungs to transplantability. UT is also in pre-clinical
development of manufactured kidneys, hearts and lungs to be delivered via
autonomously flown electric vertical takeoff and landing (eVTOL) systems. Dr.
Rothblatt led the efforts to create the first genetically-modified porcine hearts
and kidneys transplanted into humans (xenotransplantation), resulting in a lifesaving
xeno-heart transplant in January 2022.

Dr. Rothblatt earned her Ph.D. in Medical Ethics from the Royal London College of
Medicine and Dentistry after earning JD and MBA degrees from UCLA, which also
recently awarded her the UCLA Medal, its highest honor. She is an inventor on
several patents and the author of several books, the most recent of which pertain
to artificial cognition and cyber-consciousness.